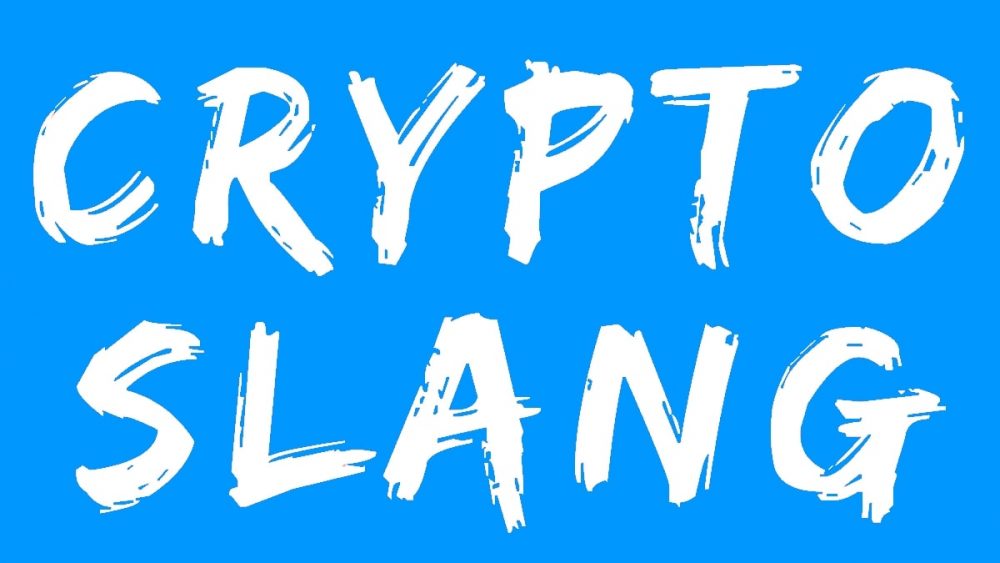 You a prepper for the Rona? Creepypasta got you heart-horny for hygge? Rage-quitting on dense cabbages hugging the sheets in heebie-jeebies instead of YOLO? Just like it’ll probably take you about 10 minutes to read these two lines if you’re not familiar with slang, crypto-related slang is just as infuriatingly illogical at first glance.

Instead of gleefully jogging through life you’re painstakingly crawling through your texts picking up mines one by one. Slang will have you sweating like a pregnant nun in a church, it will slow you down and suck all the fun out of studying the subject matter. On the other hand, studying it beforehand makes things a lot simpler.

Are you easily confused by cryptocurrency slang terms? Especially when you’re new, things can get overwhelming fast (as a cow said, it’s a very wide field). Try opening an exchange chart page for the first time — and it’s like flying a plane without any idea what the heck all the lights and tumblers are for.

No fear though — you’ve just connected to dispatch, and we will tenderly hold your hand for the duration of the flight. Reach out to support if you need anything — but please read the FAQ first.

Where possible, try to figure out the meaning using the clues — it’ll make it easier for you to decipher slang the next time.

Clue: They like to throw things up using their horns.

Answer: Bulls in the trading world are those who believe the price will go up. An upward trend therefore is a bullish one.

Clue: Bears, on the other hand, are usually associated with digging holes in the ground to spend long, depressing winters in.

Answer: Bears expect the market to go down.

Clue: What could alt mean? Alternative to what?

Answer: As we know, there is only one incredible winner, which is Bitcoin. There are many, many other (alternative coins). Does that mean there can only be one winner forever?

Paradoxically, some altcoins beat Bitcoin in terms of functionality across the board, but hardly anyone knows about them. They will very likely rise in price soon.

Clue: Just like a prison wallet, it’s a place where you put your fiat money and it magically disappears should anyone want to search you for cash.

Answer: A digital wallet is a location that stores your crypto in the digital world. It’s like a bank account. But the authorities can’t freeze it because they don’t like you anymore or they declared martial law or whatever.

Clue: Do you think this means the price of the currency is going up or down?

Answer: To the moon means the price is (should be) rising quickly. If it’s not — when Lambo?

Clue: Can one buy Lamborghinis with crypto?

Answer: As crypto was becoming more popular and more common, the number of businesses that accepted crypto as payment for goods and services grew. It’s possible the Lambo meme originated in 2013 when Newport Beach Lamborghini started accepting cryptos as payment for cars in 2013.

Alternatively, it was because of one of those guys who Bought Bitcoins for just over $2 and got rich. Either whey, we’re all waiting for the next surge when every crypto user can afford their own Lambo (we’ll take two, burgundy velvet).

Clue: Just rearrange a couple of letters, see what happens.

Answer: HODL was originally a typo by an enthusiast writing  in a hurry that they were going to HOLD crypto long-term. Anyway, the expression soon because hugely popular to describe hardcore users who buy crypto and Hold Onto it for Dear Life in hopes of a colossal surge a few years later.

Clue: You don’t need to ask the audience or call a friend for this one.

Answer: A no-coiner is someone in an embarrassing position of having no crypto coins. Ouch! No-coiners are the people who didn’t believe in buying BTC when it cost 5 cents (or was even free). And now they don’t have a Lambo.

But hey, to put things in perspective if you installed software that printed Bitcoins on your PC back in 2010 you would be tipping Lambos to waiters today. But it’s not too late. After the third halving, it’s extremely likely crypto is going up in price at least by an order of magnitude.

Where to go? Nominex offers very secure storage, a next-level, unseen affiliate system with unlimited earning potential, sexy, thought-through UX, and so many bonuses you’ll be like that wolf in Catch Me If You Can trying to keep up with all the awards.

How can your passive income increase exponentially? Read here about why Nominex is to bet on when you’re considering which exchange to trade on, and why the chances are that it’ll overtake Binance, OKEX, and all the rest. And remember: being a no-coiner is shameful.

Clue: Instead of washing your hands every 5 minutes, you’re obsessively doing what in the crypto world?

Answer: Obsessive Cryptocurrency Disorder refers to the condition of obsessively-compulsively checking crypto conditions. Sad, of course, but it beats obsessively checking Facebook, we say. Better to be a workaholic than a likeaholic.

Clue: It’s a chain of blocks, but it’s not to do with karate — or blocking your happiness because you didn’t give yourself the permission to love your inner child.

Answer: Blockchain is the top tech that made Bitcoin famous. Bitcoin is based on Blockchain, like many altcoins. It’s essentially a chain of blocks that hold a huge database with magical powers.

Clue: Nope, it’s not swearing. If you watched “IT”, you know what the first letter of FUD means.

Answer: Fear, Uncertainty, and Doubt can be found around every corner in the crypto world about as often as FOMO (Fear Of Missing Out) can be found on social networks. Oh no! Bitcoin is now worth 6450 instead of 6500! Should you start panic-selling? OR HODL?! This is where otherwise normal, grown-up people start having kittens and climbing walls. Don’t be that guy.

FUD is spread by FUDstrers as often as hips are spread by hipsters (and hippies).

Clue: Are you thinking IOU? Well, that’s not far from the truth.

Answer: ICOs (Initial Coin Offerings) were not so long ago a way to GoFundMe crypto projects that had potential. People would flow their investment into a startup and reap the rewards when the project became successful. Of course, later it turned out ICOs weren’t regulated at all so 80% of them turned out to be scams. Now there is a new version called IEO (Initial Exchange Offerings) that offers more security. The jury is still out on this one.

Do you know more awesome slang? Are baghodlers annoying you? Do you know someone who’s into hash? (Tsk ts tsk, drugs are bad…bad!). Is it pronounced Doggie Coin or Dodge Coin? Let us know. Want to share? Hit up our nizzles, for shizzle. Peace out.

How to register for epic crypto wins: registering at a top exchange Next post