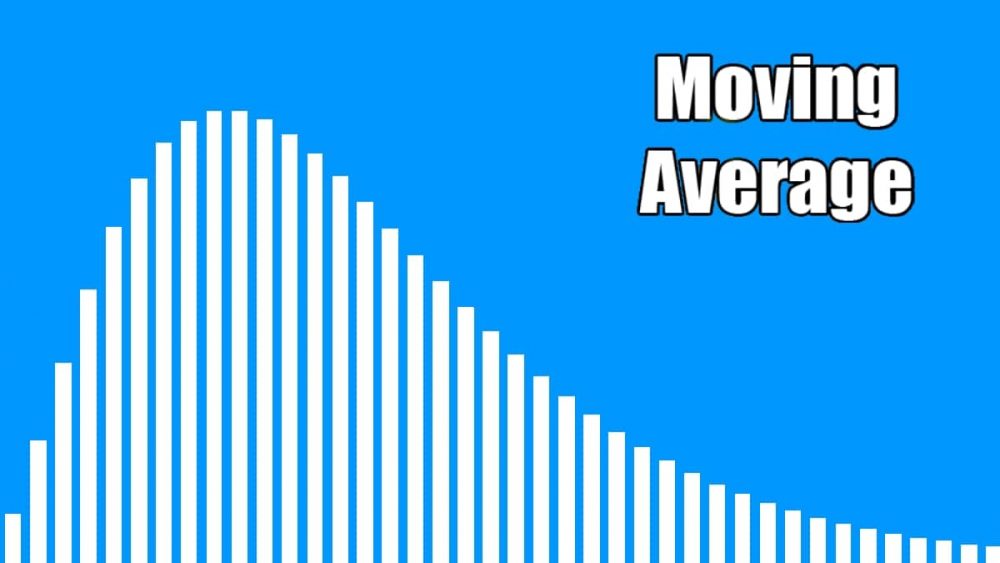 Simple Moving Averages have all the features of good friends, good whiskey, and good cars. They’re simple, reliable, and they’re always there for you.

These bad boys are terrific if you’re a beginner and you hate a dizzying array of indicators that swarm on you like the rabid crows from Resident Evil when you open the exchange window for the first time.

Interestingly, pros like using them too (although dual or triple at the same time, and with different time periods, but you probably already guesses that juggling 60 different tools is what they prefer).

Why do we need them?

In the world of multiple hacks and threats, unpredictability and chaos, like with everything else, people are looking for something that has been around for a while. You may not like the fact moving averages were invented by a Hooker, but they were used so widely by so many people for so long that now it’s hard to imagine our trading without them.

There you have it: they’re (most of the time, when used correctly) safe and can be relied upon. Plus they’re simple. And there you have it — MAs are your lighthouse in a storm.

What are SMAs for again?

Essentially all tools in this line of work tend to want to predict the future based on the past. A dangerous method, we hear you say, but it’s the best option available, and the best way to predict future events is to base your theory on facts and not speculations.

It may very well be that today the quarterly reports are coming out, but how will that influence the price? You may be guessing, but you don’t know. The SMA, however, takes the prices for the period you choose to set (5 days, 20, 200, etc) and chooses an average.

Like a car, the market doesn’t just accelerate to 80 and then suddenly goes to 0 (hopefully) in half a second. It takes time to rise and go down. Therefore, if it’s been going up it’s quite likely it’ll keep going up for a little while at least, and if it changes direction it’ll take some time. Ouch, you’re thinking, and you’re right. Time to start booking a bed in the morgue before you have to get a reservation month in advance; sounds like after reading this article the streets are going to get even emptier quick.

What if something happens quickly and there’s a sudden trend change? Moving average won’t give you guarantees and you should by no means rely on them alone. The parabolic SAR may point you in the direction of the trend reversal, and using more than one MA will likely get you better results. Anyway, don’t use more than 6% of your capital in one day and, you know, trade responsibly.

The longer the intervals, the fewer mistakes SMAs make. For example, a 200 Moving Average will not react to quick changes in price as the market is going sideways (making erratic moves that don’t add up to anything).

A 200 MA is basically like a slow, steady python slithering through the graph — it can wait another week or two before it eats another monkey, no big deal. A smaller average, however, follows the price closer like an intrigued baboon, and because it’s an average, it will often make mistakes and let you down. Don’t take our word for it either.

This is as accessible and easy-to-use as it gets. The python is too slow, and the baboon is too agitated and it keeps getting in the way. Combining a baboon and a python is always a good idea (at least for the python). No more irritating jumping up and down — and your python is fed and happy. The same with moving averages.

The crossover strategy means that you combine two moving averages. One commonly used pair is a 200 and 500 MA combination. The shorter MA is more reactive to trend changes, so when the shorter MA moves above the longer MA, the market seems to be going up, and you can start buying. And the other way around. When the 50 MA goes under the 200 MA, you can start selling.

Sounds simple enough, huh? Well, it’ll get you excellent results 10-15% of the time. How to get more successful more often? Keep reading our blog. For example, setting trailing stop losses where SAR is is almost guaranteed to increase your earnings. Or is it? Better make sure.

The Simple Moving Average is kind of like the oldest, not very quick version, which isn’t keeping up with the times. SMA is known for being the laggiest one in the family. To tell you the truth, it’s a little simple.

A Weighted Moving Average has been designed to fix the lag problem (that didn’t work, no, just kidding, it’s a little better), and the Exponential Moving Average is like a cyborg ninja of all MAs. EMA is probably the best, although some say the Hull Moving Average (the next-generation, genetically modified killer robot from outer space of moving averages) is better than all of them put together because it almost eliminates lag and other associated problems.

Don’t believe us? Check it out for yourself. Here’s the formula:

If you’re Asian, you can check out the math here. For the rest of us, we just have to kind of wing it and take it on faith that The Hull Moving Average works best. Though if you’re just starting, combining just the two MAs works well.

SMA is an easy way out for those who got into swing trading because they were looking for swinger couples, and now it’s too late to get out because all the property has been sold and one needs to quickly tell which way the Bitcoin is going. There’s a 1000 of them in the account and something in the news about the price going down from $7000 to $3000. What’s this “margin call” that keeps popping up?

Prefer to be prepared? Unless you want to end up in a problematic position of having your funds in one of 12 exchanges that were hacked last year (it was a record high for exchange hacks), you really ought to find someone who will help you find out what a margin call/liquidation is in a jiffy — and generally, look out for you. Exchanges should be your friends.

In the not-so-long a time in the business (like Binance, minus the hack), Nominex has already made a name for itself in the business by bringing you a myriad of positive reviews, a never-before-seen affiliate system capable of earning you thousands while you sleep, outstanding security and coffee and walking your dog (only if you buy 900+ NMX tokens). Nominex is a part of the next generation of exchanges that follow the principle of “entertrading”, an entirely new concept of doing business that focuses on making clients the core of the business and treating them like they’re family.

What’s up with coldness in business? Nominex doesn’t treat people like walking units of revenue. And neither should anybody else. Want to know more? We have a constantly updated blog section here where you can find out more about indicators to go with moving averages — and if you decide to stay and hang out with us, we’re always here to protect and serve.