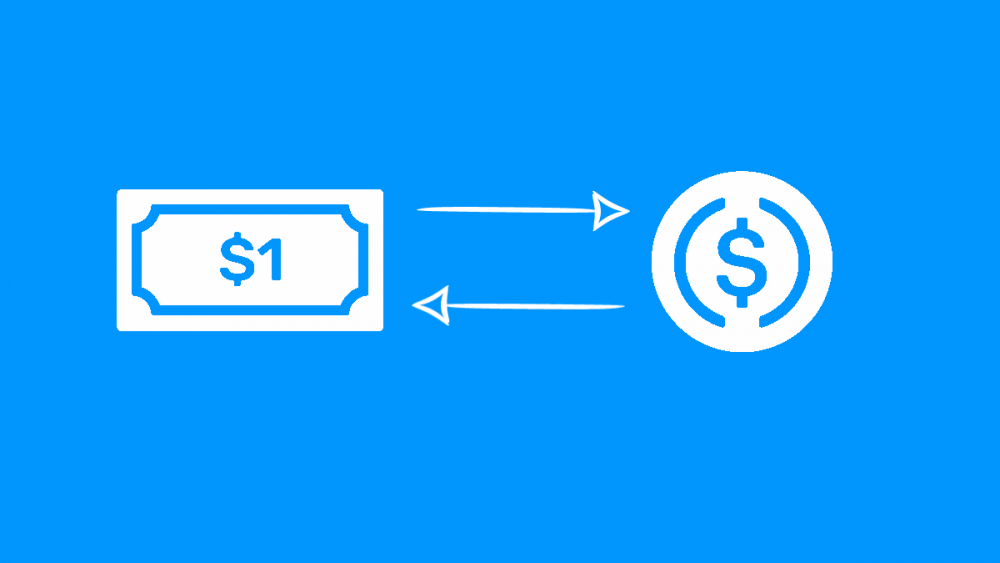 Buy stablecoins: the hideous truth you have no idea about

Are you asking yourself: “Where can I buy stablecoin?” We know that burning desire for discovery, adventure, newness, and stark new horizons ourselves. Buying crypto is a great idea. Really, buying anything on the Internet is a rush.

We also just bought a pair of sneakers on the Web and they look NOTHING like on the picture, 2 sizes too small, the wrong model, and they just basically look suspiciously like tap dancing shoes. And not to diss tap dancing, but we were told we’d be getting Shape-Ups in the mail.

Stablecoins have been hailed by some as the next step in the evolution of crypto. What’s the problem with Bitcoin? Its famous volatility, they said. Well, there is a way to fix that problem, they said. This new breed of crypto does not have ups and downs. Here’s a demonstration of stablecoins destroying Bitcoin just so you can appreciate the sheer power of the damn thing. The result:

In retrospect, it may very well turn out the creators of stablecoins didn’t exactly understand the genius of Satoshi and how Bitcoin’s design would bring its fans multiple ways to earn (and have fun) in parallel on many different levels. Including usage of volatility.

Volatility is indeed unpleasant for the mass economy, but that’s an entirely different matter. For the user (you) likely the best way of making money on Bitcoin is by earning on its ups and downs.

Stablecoins don’t have that feature, but what they have is safety. Or do they? It may very well be that stapling coins against the dollar was the worst idea anyone has ever had. How? Let’s find out.

Stablecoins’ price is stable. A stablecoins watches a currency like the USD or EURO like a dog watching you eat foie gras and emulates what it’s doing.

That solves a few problems Bitcoin has. For example, if I sent you $10000 in BTC and it took a while to get the money from my account to yours, provided a sharp price drop, you’d very possibly receive $7000 instead. Oof, you better have negotiated the price in dollars! And that’s pretty much the whole idea behind stablecoins. Crypto’s infrastructure is still not developed enough for it to be a flawless payment method.

These are backed by fiat currency. That means that whoever is issuing stablecoins must have the same amount of currency like USD in their “vault” that can be swapped for the stablecoin at any point.

However! How do you check they have that money in the vault? Companies tend to avoid audits and ignore reproachful looks and pouting, so a lot of the time you just have to take their word for it.

Algorithmic stablecoins (Seigniorage, as in “rage when the mechanism fails”)

Algorithmic stablecoins are backed by nothing (technically) but a mechanism that adjusts their supply in circulation so that when their price falls its adjusted back, and vice versa.

Smart contracts make sure, for example, that if coins like cost more than $1, which the coin is supposed to, it increases the supply and starts trading these coins at the market until their price comes back down.

Dai, which works hand in hand with Etereum, is an example of a cryptocurrency-based stablecoin. Everything works the same way, but because crypto is so volatile there is a lot of collateral. For example, if $5000 is issued, $10 000 may be held in reserve as a safety precaution instead of 1-to-1 ratio like with fiat-based currency .

If you’re into stablecoins backed by USD you really ought to ask yourself if you’re doing the right thing.

The government is constantly printing money. It printed trillions in the US alone — and we’re not even halfway through 2020. Imagine how much money the government printed since the 60s! You can buy 60 times less now for the dollar than 80 years ago, all thanks to inflation.

That means that in 50 years all your life savings will be gone. And you’re not getting your money back. Who cares about 2% a year inflation, right? You do because you will have been working all your life to save money for a nice house somewhere in the South of France and thanks to some fat cat in the office you’ve lost it all. And no-one is accountable.

The US Dollar is probably the worst currency to tie your money to, as Forbes will confirm:

When governments print extra money it dilutes the value of the currency. For example, if you owned a dollar in 1918 then, now a century later than the dollar would be able to purchase the equivalent of 6 cents back in 1918. That’s an enormous drop. A dollar is still a dollar, of course, but what you’re able to buy with that dollar is far less.

First, if you want to use stablecoins backed by USD, use them to transfer money and then change them for BTC or whatever, trade, HODL, and have fun.

Second, contemplate that exchanges, unlike decentralized networks they are put on top of, have a single point of failure. That means that you’re losing the advantages blockchain provides when you store money at a crypto exchange.

Thus! Either buy a hardware wallet and store big money there or find a secure exchange with a serious security background.

What is the best stablecoin 2020 to invest in? Probably Tether (if you must). Just don’t forget to ask them about the $20 Bn scandal (in those words) first.

How to buy stablecoin?

Nominex is an exchange that is licensed in the world’s cybersecurity capital Estonia. It provides an abundance of coins, stablecoins included, the list of which, along with the other figures you might need, you’ll find here.

To get stablecoins you need to register in less than 60 seconds and with no KYC on amounts of up to 3 BTC.

There are various ways to get stablecoins here. The easiest is getting paid in crypto or sending crypto to a wallet. However, Nominex also offers a way to buy stablecoin with a credit card with no verification (adjustable option) through the Payment Gateways page. Check this video out for the Russian version. The English one is coming soon.

What else is on offer? Stablecoins wallets as well as stable coin wallets (get it?), a superb referral program, endless bonuses, demo tournaments, that allow trading with no own investments and making real money, and a plethora of other ways to make real money and have fun entertrading. Find it all in the other blog articles or reviews on The Web. Ciao!

NB Here’s a picture of a puppy your hopes of getting shiny new stable stablecoins were tarnished. Sorry not sorry!