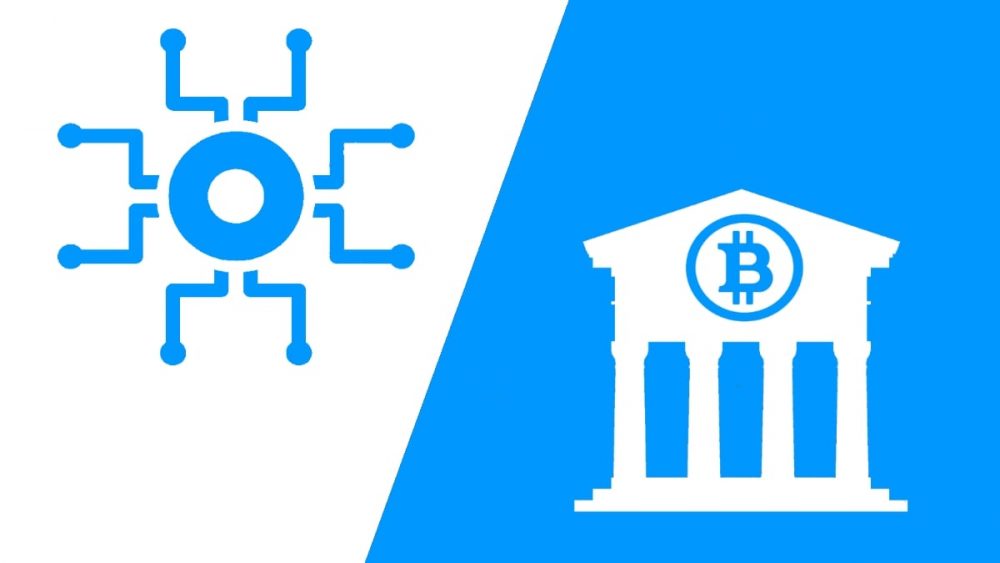 The difference between centralized and decentralized crypto exchanges

If you’re looking to find out about the difference between centralized and decentralized exchanges, well happily fill you in. We love stories. Sit back, get some popcorn, and be prepared to hear one of the most exciting tales you’ve ever heard. But, like all good stories, it has quite a plot, and so in order to really understand the difference let us give you a little bit of background.

Crypto has a lot in common with deep blue sea.

It looks great, offers awesome surfing opportunities, holds tons of treasure, and is home to quite a few sharks and whales, although most everyone you meet is small fish.

There are dangerous waters populated by pirates and beautiful mermaids and trade vessels. Somewhere on the horizon a gorgeous tropical island shines, waiting for you to come and buy a house with the money you made trading and buying 50 BTC when they were worth $10 each.

Crypto is also a completely new niche that leaves behind its competition and creates a whole new level of awesome, which is described in a remarkable book called The Blue Ocean Shift.

Nominex’s colors reflect sapphire sea waters, mellowness usually associated with anyone living by the sea and constantly inhaling iodine, and periodic discoveries of treasure. Have you ever thought about going on a treasure hunt? Experts say $60BN of sunken treasure at the bottom of the sea is just a fraction of what is out (down) there:

“Given everything that’s charted and all the rest, I would say that the majority of them remain undiscovered,” Delgado says. After all, 70 percent of the planet’s surface is water, and humans have only begun to be able to reach the depths. “[Considering] this, 95 percent of the ocean still remains unknown to us. It’s the last frontier,” Delgado says. “We know more about the surface of the moon than what’s at the bottom of the sea.” — Popular mechanics.

DEX or ex? Getting engaged with an exchange and leaving it

To go treasure hunting IRL you need diving gear, which is famously expensive. No problem. Whether you’re stuck home because of a pandemic with nothing to do but trade or looking to get money together to make your dream come true, all you need is a small starting capital that you can borrow for about $50 a month from a bank or a friend, and you can start making $100-$200 a day trading minimum.

What are the requirements? The first is education. Obviously, you need to know exactly what you’re doing. Trading is notoriously dangerous. In fact, more than 90% of traders in the end lose more money than they earn. With that in mind, Nominex designed a platform that allows you to get top quality education to make sure you’ll become an expert (as long as you try really hard). That could be the best investment you’ll ever make.

The second is security. Nominex, which is licensed in Estonia, truly cares about not getting hacked. Estonia is known for being exceptionally good at cybersecurity (you can ask NATO Cooperative Cyber Defence Centre of Excellence in Tallinn). The fact that this country granted Nominex a license means its defenses are titanium.

Security, however, comes in many different forms. One of its aspects are fundamental designs. When Satoshi Nakamoito designed blockchain, he introduced a whole new level of thinking. According to this design, there were fundamental reasons why so many banks were robbed, making it unsafe for people to keep money in them. Plus banks also rob people every day, and that doesn’t help. Coincidentally, crypto was invented a year after the giant 2008 American banking crisis.

The problem with hacks and robberies that happen every year and cost the industry (and people) billions is the centralized point of failure.

Picture this. We were getting a lot of wasps lately. Which is really unpleasant. Wasps, unlike bees, are real jerks. And that was until we realized we left a small pot of honey on the windowsill. Well, duh! Of course wasps are seeking sugar. It’s in their nature. We were lucky not to get a visit from the famous murderous hornet everyone is talking about, foaming at the mouth and all.

Now, of course if you’re putting a lot of money in one place hackers and robbers will take it down sooner or later. No matter how good the protection, the ugly truth you won’t find anywhere else is that humankind simply doesn’t have a way of keeping information secure forever. No-one (even the NSA) can keep it confidential. And if the NSA can’t, what to say about banks?

“Cybercrime is the greatest threat to every company in the world, and one of the biggest problems with mankind. Last year, Cybersecurity Ventures predicted that cybercrime will cost the world $6 trillion annually by 2021, up from $3 trillion in 2015. This represents the greatest transfer of economic wealth in history, saboatges the incentives for innovation and investment, and will be more profitable than the global trade of all major illegal drugs combined.”

Why does this happen? Blockchain solves the problem of security, among many, many others, with structural redesigns. When you remove the honeypout, wasps stop coming. If you have no single digital vault where the money is stored, no-one will take it. Because blockchain is decentralized, meaning all the information is stored on the PCs of millions of users across the globe, in order to steal the money you would need to hack millions of people around the world. Not just 1. To avoid TMI, we’ll move on and if you need to get seriously techy here’s where you begin.

So what’s the difference here? With centralized crypto exchanges, you’re giving the exchanges your private keys that unlock access to your money, and they handle all the processes for you. Quite risky, but simple and safe, and with exchanges like Bitstamp people have been trading  for 9 years and they seem to be reasonably happy so far.

Decentralized exchange mean instead of people smart code handles your money. These are still new, and they require some technical expertise plus oof, there is a good chance you’ll get bugs in the code. But they are very, very stealthy and sneaky. So, to sum up:

Now, we’re sure that as the tech evolves, in the same way Bitcoin learned to overcome its teething problems, DEXes will do to. The question is: are you willing to risk it?

Where do greater risks lie – in the safer but darker, mostly unexplored  world of DEXes (think 95% of ocean being unknown to humans) and the monsters lurking beneath, like code errors and inability to handle large volumes of trading?

Or the hackers-come-and-help-your-self centralized exchanges which can, on top of all that, be seized by the government too?

You’re free to make up your own mind. However! When you can’t quite decide, it’s a great idea to diversify. We thoroughly recommend dividing your assets between several exchanges, between fiat and crypto, money and  property, and so on. The same applies here: give DEXes a chance (it’s worth it and will help you gain crucial technical expertise) – but still keep some money in a centralized exchange.

Nominex makes sure security, as the fundamental, is the best among all the competition’s, and offers a mastodon variety of other features that will certainly win you over when you check out our uncontestable offers. More than anything else, however, we value team spirit, hard work, and revolutionary inventions:

The ‘global banking cartel’ has been taking cataclysmic hits since the turn of the century with more than 500 banks going bankrupt since 2001, the printing of trillions to save the already dying dollar, and the 2008 crisis, which devastated the world and desecrated the future of our children. Precisely at that time cryptocurrency was born, which was specifically designed to fix everything banks broke. — Pavel Shkitin, Nominex CEO, for Forbes.

Is blockchain secure? If not, how to make it secure? Next post