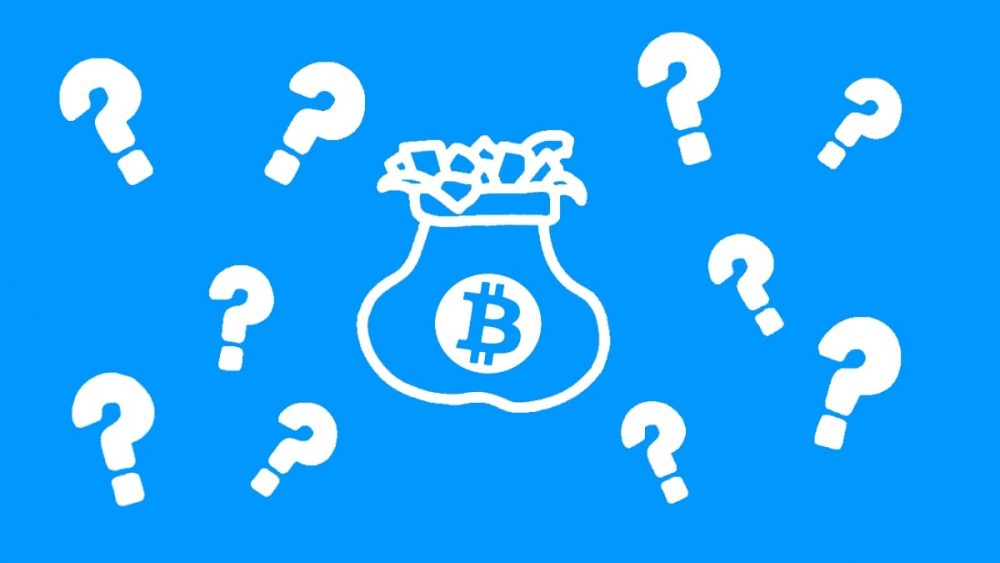 Regrets! We all have them. Is there anything worse than the thought that had you bought Bitcoin for less than a dollar your investment would grow 20 000 times?

That day, $100 was spent but probably on weekly shopping or a new car part or whatever — who knew, huh? Who knew?

Disclaimer: Technically, Bitcoin with a capital B is the currency itself, and bitcoin with a lower case b is the currency, but we know you know, so for the sake of simplicity we’ll refer to Bitcoin as Bitcoin and you can decide whether you’re buying the concept or not.

Anyway. If you think living with regret is bad enough, it gets worse. Imagine yourself in a position many people found themselves in at the time. For instance, from 2015 to 2016 Bitcoin was hanging around at a relatively low price of more or less $300.

This was the time when the public started slowly warming up to the concept. It wasn’t 2017 yet when BTC suddenly started costing thousands, so some people knew about the exciting new tech but mostly it was still the favorite of nerds and hardcore believers.

Occasionally a few investors from the outside came in, wondering if they should do something about at least some of their inheritance — they money is just lying there in a bank doing nothing but slowly inflating. So they bought Bitcoin and WHOA — it SUDDENLY rose to 450! What a return on investment! Staggering! In euphoria, these guys dumped BTC as soon as they could, making a heck of a lot of profit (they thought).

The best is yet to come

So ouch, huh? That could have been a better sell, with a little more faith. But you know the most interesting part? If crypto predictions made by Tim Draper, Pantera Capital, and other reputable companies lately are anything to go by, those selling today for $9600 will be regretting their choice in a couple of years’ time when Bitcoin comes to around $250 000 apiece.

So that you don’t make any life choices you’ll regret, let’s put things in historical perspective. What follows is the timeline with some diabolically exciting past, wildly interesting present, and stellar future.

Please don’t treat this as investment advice. Projections of future results based on past performance always carry a degree of risk. People have and are making millions of that (this is what the whole market is based on) — but it’s up to you to assume full responsibility for your funds, trade responsibly, and stay in control of the process.

OG cyberpunk and creator of code that eventually inspired TOR Hal Finney and some dude (shrug) Satoshi Nakamoto join forces. Hal is one of the happy-go-luckiest people around, which means that having had a look at the proposal, while everyone else turned away with dismay, he started working alongside Satoshi, supporting and encouraging the newly born.

As part of that, he installed the software on his PC which created 50 Bitcoins for him on the first day. Nathaniel Popper’s Digital Gold:

“On the first day, when Hal downloaded the software, the network was already up and running. For the next few days, not much activity was being added to the blockchain other than a computer on the network (usually belonging to Satoshi) winning fifty coins every ten minutes or so. But on Sunday evening the first transaction took place when Satoshi sent Hal ten coins to make sure that this part of the system was working smoothly. To complete the transaction, Satoshi signed off with the private key associated with the address where the coins were stored. This transaction was broadcast to the network — essentially just Hal and Satoshi at this point — and was registered in the blockchain a few minutes later when Satoshi’s computers won the next round of the hash function lottery. At that point, anyone who downloaded the software would download the entire blockchain up to the point, which included a record of the ten coins that Hal had received from Satoshi, as well as the fifty coins that Hal had won on Saturday.”

So basically if you just hung out on coder forums back then, inspired by the work in progress, all you’d have to do is install the .exe — and a day later you’d be a proud recipient of a number of coins that in today’s money is worth more or less 500 000 dollars. No investment.

Are you looking for something a little more quantifiable? We’ll skip the $80 000 000 pizza example everyone is always quoting, and proceed to something less used.

Not much later, one of the participants, Martti Malmi tried to provide Bitcoin with some sort of identifiable financial value, selling a colleague a juicy 5050 BTC for a fiver, the example we referred to in the beginning:

In the very first recorded transaction of bitcoin for United States dollars, Martti sent NewLibertyStandard 5,050 bitcoins to use for seeding the new exchange. In return, Martti got $5.02 by PayPal. — The Verge

A few years after the starting point. Some adoption, but nothing massive. Vague interest from mainstream media and newbies.

Usually, this is where you say “now, this is where things started getting interesting”. However (this won’t be the last surprise you’ll be getting in this niche), things are considerably less interesting if we’re talking return on investment — but still pretty funky.

In January 2015, Bitcoin was worth around $280. With considerably less attractive ROI of 3328.5%, if you bought a $100’s worth back then your hundred bucks would have increased about 34 times, getting you a still impressive outcome of $3400 (although it’s not anywhere near what you would have made if you bought it from Martti Malmi back in the day).

Everyone is jumping on the gravy train. Bitcoin is finally getting the recognition it deserves. But how popular is it going to be?

Thought us quoting stuff was cool? We can do better than that. Check out this quote inside a quote (inside a quote)!

“A prominent venture capitalist Tim Draper sticks to his forecast made in 2018 that the price of the first digital coin will reach $250,000 by the end of 2022. Speaking at Virtual Blockchain Week, he said:

“That’s my prediction. Sticking with it. I’m very confident that that is going to happen. That’s happening. It’s kind of funny…All of a sudden, the retailers say, “Oh, you mean I don’t have to pay 2.5-4 percent to the banks every time somebody swipes a credit card?”

Earlier this month, Draper said that the coronavirus pandemic and the financial crisis could become the tipping point for Bitcoin adoption.” — FX Street

These days, buying $100 of Bitcoin will allow you to make a staggering $1 trading when the price goes from $9600 to $9700. Unless…are you thinking what we’re thinking?

So here’s the idea. Some companies allow you to automatically convert 25% of your salary to Bitcoin. Even if not, we would (and do) definitely put aside every 10-25% of your wages every month with a view of them rising to X24 more in a couple of years’ time.

Warning! Even though this is one of the best investments ever, with quantifiable history of success and almost no action required on your part, you still have to remember this is the financial market, which means you having to consider your risks.

Are you ready? We bet our pair of Katana swords against a half-full plastic cup with yesterday’s Twinings that we are exactly at the point of history where Hal Finney seized the opportunity to earn legendary amounts on crypto in 2009. Only this time you know. And you stand at the helm of your Destiny. What will it be?

Nominex is there for you if you need anything. Could NMX tokens be the next big thing?

Crypto token sale: what’s in a token? Next post