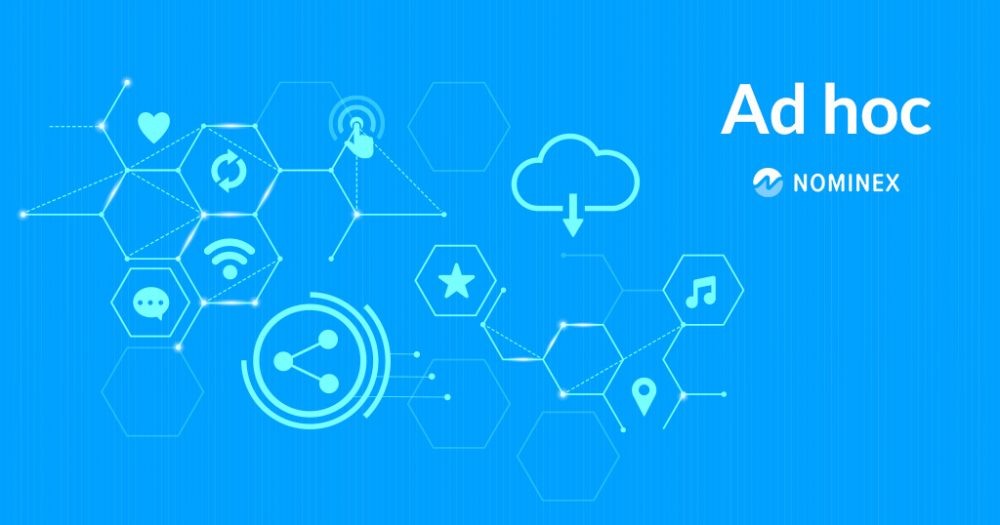 Ad hoc is a Latin word used instead of “for this”. This word is used slang, and you have probably heard its name in many cases.

Ad hoc network refers to a wireless network that can be configured automatically and pair each wireless node dynamically to receive data. In general, if you do not have a router to connect multiple systems over a network, an ad hoc network is a simple way by which all wireless devices connected to this network are automatically configured and distributed in one system. In this case, ad hoc can connect several devices to one system without a router.

The word ad hoc has other meanings. For example, a judge can re-examine the details of the case by issuing ad hoc on a case and issue a new verdict. But this sentence should not be applied with the same view for other events that occur in the future.

In software and networks, ad hoc is more often referred to as a term that describes development methods based on the needs of a system or its application solutions. As we said, an ad hoc network is a network that can automatically manage other nodes connected to the wireless network dynamically and play the role of a router in this case.

What is an Ad hoc network

In general, if you want to connect two systems wirelessly, you need a central router system. If you do not have this router, you can use an ad hoc network. Of course, this type of network is temporary and creates through a separate system.

How Does an Ad Hoc Network Work?

Suppose you want to send a file over a wireless network to your friend in the room. But you do not have a direct wireless network or Wi-Fi available. So you can do this by setting up an ad hoc.

An ad hoc network is a type of temporary wireless network that makes of LAN type. If you set up this network on a system, it will serve you as a LAN.

Ad hoc network functions include connecting several different devices at the same time. Users can also use an ad hoc to connect to the Internet by setting up a network-connected device. And will give other users access to the Internet.

With this type of network, each system can communicate with another system wirelessly at a distance of 100 meters. Of course, this distance can be longer depending on the network card of the device.

Whenever an ad hoc network device is removed from the system, the connection between the devices will be lost. In this case, it does not matter how many devices connect so far.

One of the main problems of ad hoc networks is their lack of security and network concentration on one system. In this way, if a malicious device is located in the area and connects to the devices, it can easily hack all the information of all devices and cause data corruption.

On the other hand, even other systems can not hide their SSID when connecting to ad hoc, so as long as your system connects to ad hoc, any malicious device can access your network and make the information public.

With all these interpretations, because ad hoc networks are temporary and their range is not more than 100 meters, they can be a good option for connecting several systems. Malicious systems for this purpose must locates a short time and a short distance from the primary ad hoc system to penetrate it.