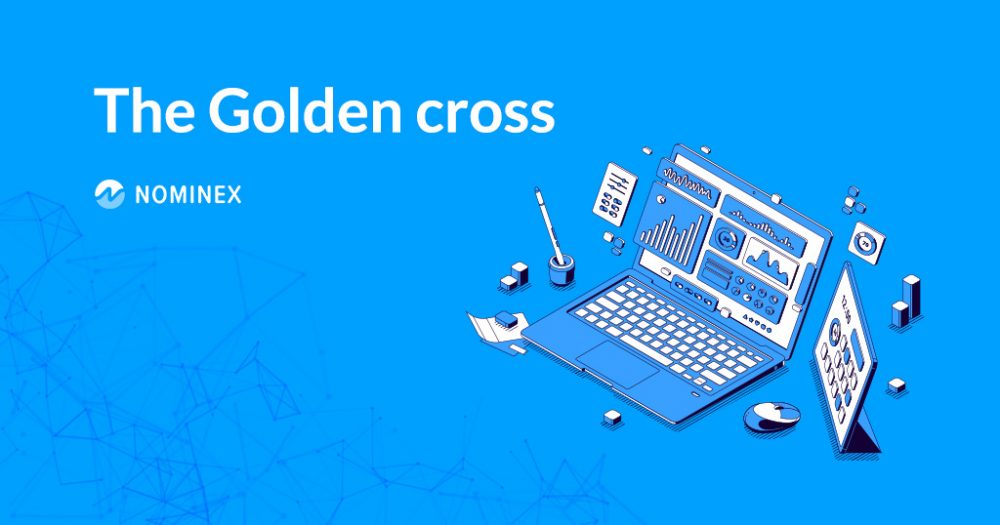 In graphical technical analysis, there are particular characteristics for each trade. These characteristics can help you to assess the growth or decline of an asset. Many patterns are helpful to traders. Even those who want to make a long-term investment can take advantage of these patterns. Golden and death cross is both graph analysis models used to make more profit in the asset market.

3.      By creating an uptrend and placing the short-term MA higher than the long-term MA.

One of the main uses of the Golden Cross is detection as a positive market signal. But how is that possible? If we want to look more closely, the short-term MA represents the average price of an asset over a shorter period, and the long-term MA represents the more extended period. If the average short-term price is lower than the long-term (or no golden cross occurs), then no new price increases will be included in that asset in the future. But if the short-term MA suddenly rises above the long-term MA, it means that the average price of an asset increases sharply and shows a positive buy signal.

The general strategy for detecting a golden cross is to cross the long-term MA line at different intervals and move higher. It does not matter what period this pattern occurs, but the longer the period, the greater the confidence for the positive signal. In this case, we also encounter two formulas for detecting mean motion. The first is SMA or simple moving average, and the second is EMA or exponential moving average. Both patterns use for specific cases, but the EMA changes more drastically over a shorter period, so the EMA is more likely to fail than the SMA.

In the reverse case, there is the word death cross. We face a death cross whenever a short-term MA breaks a long-term MA and goes to a lower point. Death cross can also consider as a decreasing signal which occurs in the following three cases:

3.      A downtrend occurs when the short-term MA goes down and stays in the same position.

As we explained in Golden Cross, the Death Cross pattern can show a decreasing signal. In general, when the average short-term price of an asset falls sharply, its short-term MA chart falls below the long-term MA line and therefore experiences a sharp price decline. Similarly, Death Cross cites as a point of reduction in asset value. However, you should keep in mind that the time frame of this event is also essential. The longer the time frame, the more accurate the decreasing signal.

Comparing Golden Cross and Death cross, we conclude that both are points that show opposite signals to each other. When the golden cross is seen, you should invest, and when the death cross is seen, you should start selling assets. There is something special about these patterns. Both patterns are unpredictable and precisely what happens when crosses create. For example, if a golden cross occurs, we have an increased signal simultaneously, and you have to buy. Therefore, no price forecast or what will happen to that asset in the future will be examined on the golden and death cross.

The exact time of trading with golden cross and death cross

We get interesting results if we want to generalize the golden cross and death cross patterns for bitcoin over the years. Whenever you come across a golden cross, buy bitcoins and sell them whenever you come across a death cross. The process is as simple as that. In technical analysis, however, not just one pattern can necessarily tell the whole story. You will need to do various tests at regular intervals to see if the signal is bearish or bullish and if the market behavior will continue or end soon.

Also, most technical analyzes show a more robust signal if performed over longer intervals. For example, if you are looking for a golden cross in a week, you will indeed receive a stronger signal than in a few hours. So try to check the charts every week instead of daily.

Another thing to consider simultaneously as the golden cross and death cross is the market size. Suppose you see a golden cross at a certain point in time. Then the first thing you look at is the trading volume of that asset. If you see a rapid rise in trading volume, you have received an excellent positive signal, and you should buy. On the other hand, with the occurrence of a golden cross, you will face a support point, and, conversely, with a death cross, you will reach a resistance point. Many traders use these patterns and other analytical patterns to join a kind of line with an investment method, to buy on some assets with more confidence.

We reviewed everything you needed to know about the golden cross and death cross patterns. Remember not to trade from just one template and invest or vacate the position by examining and studying more graphical technical analysis. The digital currency market also depends a lot on the behavior of society. First, try to check the news and projects created about that asset to have a better investment.

Do not send eth directly to an Ethereum contract Next post