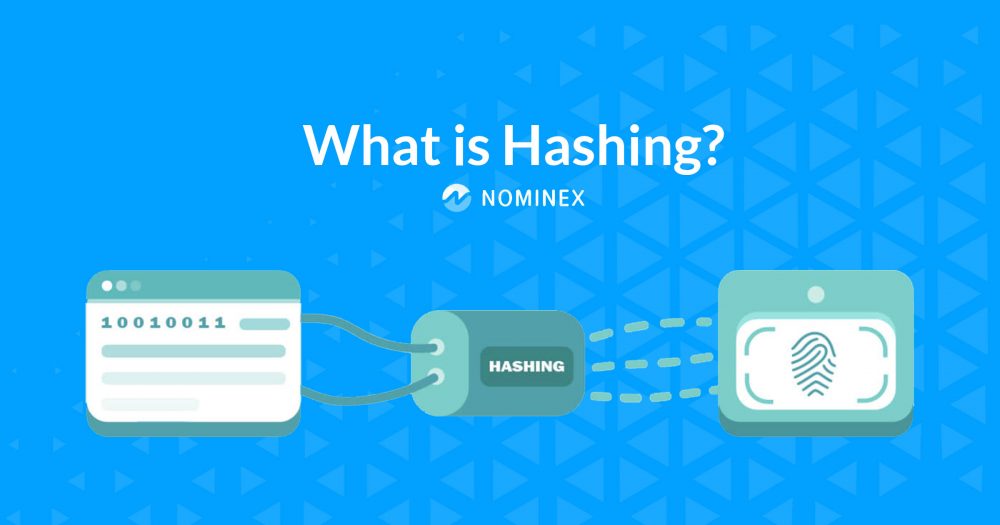 Hashing is one of the fundamental reasons that make blockchain technology as secure and great as it is now.

In short, Hashing is the process of taking a key and through a mathematical algorithm, making it into a different value. The “different value” is the hash (also known as hash value).

A good hash is one that could not be converted to the original key.

What makes Hashing so great?

A hash is the unique product of a key.

What does it mean?

Let me show you with an example:

It’s short for Secure Hashing Algorithm and is the hash function and mining algorithm of Bitcoin protocol.

But enough about that, let’s dive in.

For this example, I’m using an SHA-256 hash calculator to calculate the hash value of a key.

The key is “john”. It’s all in non-capital characters.

As you can see, the hash value of “john” is:

Now, let’s do it again, with a little change in the key. We’ll write john with a capital O.

That will be “jOhn”:

The hash value is completely different:

That’s the magic of hashing, what makes a hash value unique.

Writing a single letter in capital results in a completely different hash value.

How is hashing useful?

Let’s go over a real-life example to fully understand how hashing can be useful to us.

Imagine you have a very important document that you want to make sure it doesn’t get changed by anyone. Let’s say it’s a court order.

How is hashing done?

Now that we learned the basics of hashing and how hashing can be used in our day-to-day life, let’s go deeper into the subject.

There is 3 main parts in the hashing process,

Key: it’s the data that will be processed and its hash value will be calculated.

Hash Value: it’s the values returned by the hash function.

What is Hash Function?

According to Wikipedia; “a hash function is any function that can be used to map data of arbitrary size to a fixed size.”

Well, to put it simply, it’s a one-of-a-kind identifier for any kind of content, we have learned about this in What makes hashing so great? part (a hint: when you change anything about the key, the hash value also changes, there is a different hash value for every piece of content).

The hash function also takes the data of any size and converts it to a ciphertext with a specific length.

Let’s go over an example to fully understand what “takes the data of any size and converts it to a ciphertext with specific length” means.

As you can see, both “Bitcoin” and “Bitcoin is the king of crypto” both generated a hash value with the same length. It doesn’t matter how many characters your key has, your hash value will always have a certain length.

Which hash is better?

To determine what makes a hash better than others, we have to check for some properties.

I. Pre-Image resistance: As I mentioned earlier, a great hash algorithm is one that would be “impossible” to recover the key from the hash value.

Now, it’s not impossible. Let’s say I hash every letter in the alphabet and give you a random hash value. Your job is to determine the letter from which the hash value has been calculated.

If it matches: you are very lucky and your main job should be gambling (I’m joking obviously). Your chances of getting the right answer on the first try is roughly 4%, but it could still happen.

If it doesn’t match: you just pick another random letter and try that.

But in the end, you will be able to recover the key of the hash value.

But this method could only work if you have a certain number of keys to try, even so, there should also be a few of them, ideally, something less than 100, if there were a million of letters in the alphabet for example, the difficulty of your task would skyrocket.

So it is not impossible to recover the original key from a hash value, but it takes so much time and effort that the fact that it’s impossible or not doesn’t even matter.

This means the hash algorithm you are using is an unsafe one and could not be trusted with important data. Because someone could pass on artificial data as a real one, simply because they have the same hash value.

So is a good hash algorithm immune to the collision?

Well, not technically. No hash algorithm is collision-free for that matter. But it would be very hard to find one.

Otherwise, the hash algorithm is not a safe and reliable one.

IV. A change in key changes the whole hash value: a good hash algorithm should also change completely in hash value if you change the key even a little bit.

Doesn’t matter how small the key changes, it should always result in a very big change in the hash value.

Again, in the john example, the slightest change such as writing a capital O, changes the hash value completely and it becomes:

This is one of the properties of a good hashing algorithm.

In this article, we went over some of the basics about hashing and now have an understanding of what is and how it works. To better understand blockchain technology, you should first understand hashing, as you can not fully understand concepts such as mining without knowing what hashing is.