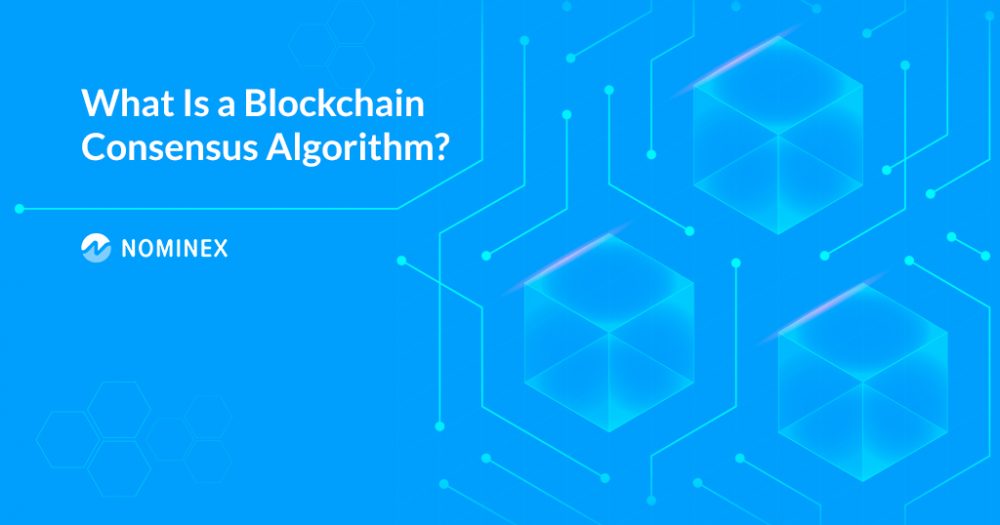 What Is a Blockchain Consensus Algorithm?

The Blockchain Consensus algorithm allows users to coordinate with each other on a distributed network. According to this algorithm, all factors must agree on one source of truth, even if one of the factors disappears. In general, the network in such an algorithm must be fault-tolerant

In single-management systems, an entity assumes the coordination of all components, and changes are applied based on that entity. So there is no complexity in reaching such systems.

But in decentralized networks and on a distributed database, how can one agree to add or remove and edit an element to the table?

In such a system, where no one knows each other, a Blockchain network needs to reach a complete agreement. In this article, we will introduce and review the Consensus algorithm in the Blockchain.

Users known as nodes must have the total Blockchain changes as a copy in any decentralized Blockchain network. Otherwise, there will be problems with the data.

In the meantime, the possibility of coins collapsing in the Blockchain and losing them due to public-key cryptography rules out. Still, Blockchain must consider a reliable single source on which the overall network operates.

One of the most prominent algorithms used in the early days of cryptocurrencies was the proof-of-work algorithm. But what does proof of work have to do?

Each user or validator must have a stake. Every node in the Blockchain network has become a shareholder somehow, and if it wants to cheat, it will reduce its stakes.

In the meantime, a bonus system introduces encouraging more shareholders, which will receive a coin or token reward for every block finding they do in the Blockchain. This coin can be from the Blockchain or other nodes.

On the other hand, it may cost money to build blocks, but validating each block in the Blockchain is free to increase transparency.

The proof-of-work algorithm, one of the Blockchain algorithms, was initially launched for Bitcoin. In this algorithm, each validator hashes the data to detect a block and find a solution.

A hash is a string of characters and numbers that generates by a function. If we run a hash function with one input, the output is always the same, but with only a minimal change; the result will be different.

Based on the output data, we can guess what information was sent to the hash function. If you have the hash and data function, you can do network validation by comparing the output and the primary data.

In the Blockchain, proof-of-work algorithms specify a protocol that explicitly specifies how each block is solved. In this case, you must guess the intended hash with brute force methods to discover the block.

You are a miner, and your stock in the Blockchain is the amount of electricity and money you spend to explore each block with the miner device. ASIC miner devices are for this very purpose to search and detect blocks. If you can use more efficient appliances, your profit from Blockchain will increase.

In this case, your device generates trillions of different hashes and sends them to the Blockchain for validation. One function validates each hash generated and rewards you if it matches the block in question. Otherwise, the hash rejects, and your miner must generate another hash and send it for validation.

The Proof of Stake algorithm was one of the proofs of work formed in the early years of cryptocurrency supply. This system does not require powerful miners or robust hardware; you can also explore the block with a home computer.

In this algorithm, instead of providing resources such as hardware and powerful miners, all you have to do is give a cryptocurrency to the Blockchain. The rules are different in each protocol, and you must provide the Blockchain with a certain amount of digital currency.

To do this, you block some cryptocurrency in your digital wallet. you place an agreement for the transaction to be executed on the next block. So you place a bet on each block you select.

If the block you bet selects, you would be rewarded with the number of shares you have blocked in your digital wallet. If you are detected as fraudulent in this algorithm, you will lose some of your stock. Therefore, the work method is very similar to the proof of work, with the difference that the sources are different and the primary condition is honesty in behavior.

In this algorithm for sending rewards, no new coins are created. Instead, the primary digital currency of each Blockchain provides to the user as an ICO.

So far, proof of stake algorithms has been implemented chiefly on very low-priced currencies. Therefore this algorithm is an excellent alternative to proof of work.

Because this algorithm has not been implemented on a large platform, the results are only theoretical, and it is not possible to give a definite opinion about its implementation.

We’ll soon see PoS tested on a large scale – Casper will be implemented as part of a series of upgrades to the Ethereum network (collectively known as Ethereum 2.0).

Proof of Work and Proof of Stake is the most-discussed consensus algorithms. But there’s a wide variety of other ones, all with their advantages and disadvantages.

The use of algorithms helped immensely in the spread of cryptocurrencies, including Bitcoin. If there isn’t any proof-of-work algorithm, many would not have turned to Bitcoin at all and given up their resources.

Based on algorithm algorithms, developers can also run their projects in groups on a distributed network. Compatibility algorithms are a significant part of the Blockchain, which has led many people to turn to these types of networks. Of all of the consensus algorithms, Proof of Work remains the dominant offering. An alternative that’s more reliable and more secure has yet to be proposed. That said, there’s a tremendous amount of research and development into replacements for PoW, and we’re likely to see more of the surface in the coming years.