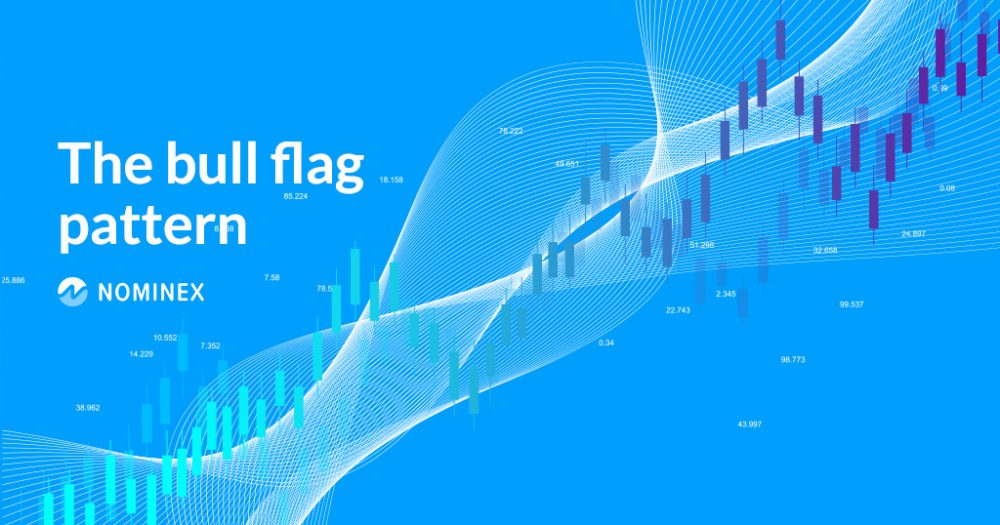 Each type of bullish flag pattern has its advantages for investors, which are shown as follows:

2.       The stock at the top of the pole merges into the low volume and forms the flag.

3.       Stocks break the pattern of integration and continue their trend by gaining more volumes.

Bull flags can be used as patterns of trading strategies in the market at any time. But most of its use is related to 2 to 5 minutes and short-term price changes. The bull flag can also be used to swing trading in the market.

How to Trade on Bull Flag Pattern

The method of trading based on the bull flag is straightforward. Of course, the most challenging step is to find a bull flag in real-time so that its period expires quickly, and you should be able to recognize a bull flag within 1 minute based on the charts.

Of course, there is software that can detect the bull flag for you. These include Finviz or Chartmill.

Before you find a bull flag pattern, keep in mind that you need to consider a set of standards for trading based on such a strategy. These standards include the following:

1.       At the time of pattern recognition, the stock currency has risen by a significant amount and is forming an uptrend based on published news.

2.       Prices then roll back based on a reversal chart near one of the highs

3.       Make a purchase when the price has cut the integration pattern to a high volume.

4.       End your trades precisely at the bottom of the consolidated template.

For profitability, you should follow the 2: 1 ratio of risk to reward. If you invest 50 cents, you should get at least 100 cents back.

When looking at the bull flag pattern, you should be careful about the volume of trades, as this indicator shows the exact point of change to get the best investment time.

The second thing to look for is the downward trend line that you should consider as the breaking point. In the chart we saw above, the trend line is evident to identify the bull flag pattern. The positive slope of the graph is also very steep when the stock price peak begins. As you can see, the trend line regularly connects the rejected incremental movements.

The bull flag pattern can have an outstanding statistical margin if traded correctly. But if you are losing money by mistake, you need to know when to get out of the deal. You need to know more precisely when the point of a complete exit from the transaction is.

There are many ways to diagnose this problem. The most common method is to cut the deal until it reaches the consolidated area. In the diagram above, you can see a line below the flag pattern. This is precisely the area where you should leave when the stock price reaches that point. This point is also called the lowest rate of consolidation.

You can also use a moving average of 20 days. So if the stock price falls below this average, exit the trade and close your position.

The main difference between a bull flag and a bear flag is that they show the same point in reverse. Such a pattern occurs when you encounter a sharp drop in the price of high-volume stocks. In this pattern, too, you should consider trading volume as the key. It would help if you closed the position when the volume fails، this is when many people stay in business and make huge losses.

So in the flat top breakout pattern, the price suddenly increases by a small distance, but in the bull flag, we first have two or three setbacks, and then we go up with a jump to the trend.

If you see a bull pattern, make your purchase at the time of the first rollback. Waiting too long at this time will result in the loss of the best margin gain. You have two or three reversals to reach the explosive increase, so it is best to buy on the first reversal in this pattern.

You can also place the exit point at the bottom of the flag pattern so that if the stock price falls below this level, you can close your position and exit.

Sometimes you can make the most of the bull flag pattern by buying double when you reach the first rollback and selling at the peak price. But it would help if you were careful not to be fooled by the chart and not buy the other way around.

Finally, it is important to mention another point. Finding a bull flag template is not the only important issue to get more profit. You need to weigh stocks and keep in mind that such patterns are formed only on value stocks and high trading volume history. Therefore, when choosing your template, pay special attention to the type of stock.