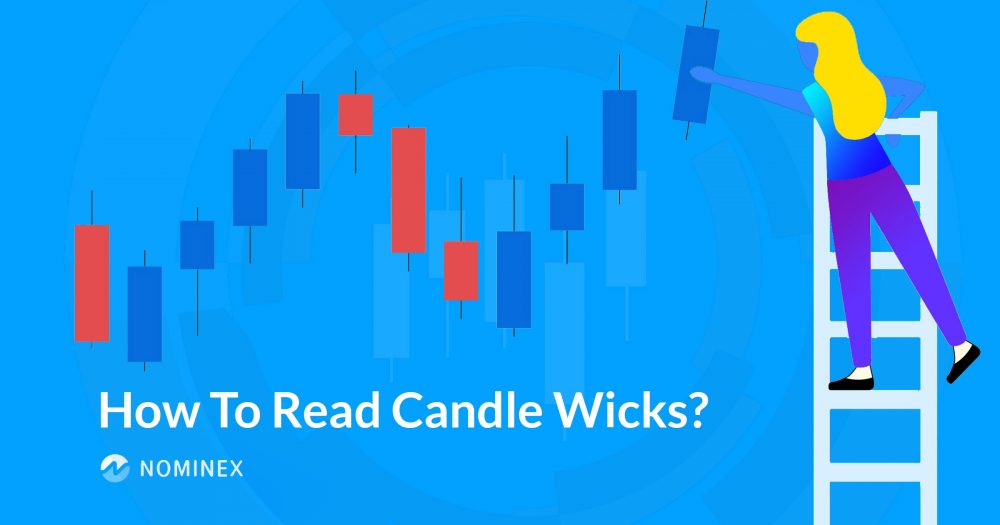 How to read candle wicks?

In this article, we’ll be talking about one of the (if not the) most important parts of candle anatomy.  The candlestick’s wick. Let’s find out what it is and how it’s so important. But before that, let’s take a quick look at the Japanese candlestick and its anatomy.

If you already know the history of Japanese candlestick and candlestick anatomy, you can move on to the next part. Now, enough formalities, let’s dive in.

What are Japanese candlesticks?

The Japanese candlestick was originally created and used by a major rice trader in the city of Sakatra roughly 300 years ago.

The brief history of Japanese candlesticks:

A man named Munehisa Homma began managing his family business due to the death of his father. He was the eldest son and due to traditions of that era, he was to take after the business of his father.

Long story short, by trading in the rice market he made 10 billion dollars equivalent to today’s dollar. It’s a lot of money, isn’t it?? Not for the father of Japanese candlesticks.

Until 1710, only physical trade of rice was possible. Later, feudal lords issued rice coupons (you can read rice futures) that could be used to buy rice before it’s ready for sell, maybe even a few years before it’s ready to sell! The price of the coupans could vary due to different circumstances like weather or people’s expectations.

Homma was very interested in understanding the psychology of markets and spent 15 years observing the market and every trade that is made so he can wrap his head around how it is done.

He then used this thing we know today as candlesticks to show four pieces of information about the price range changes throughout the day: the opening price, closing price, lowest price, and highest price.

He was also inspired by Yin and Yang from which he created 2 candles of opposite natures. He also laid a principle that clearly shows it.

Now that we know a little about candlestick’s history and where and why it originally was created, let’s move on to the next part.

In the previous part, we talked about four types of information that every candle carries: opening, closing, highest and lowest price.

This is a green daily candle:

How to read the candle wicks (shadow)?

Note: this is a weekly chart. A candle shows the change of price that happened in a week. Now, take a look at that big red candle from the second week of March 2020, I’m talking about the biggest candle in that image (It also has the biggest candlewick).

The week opened at somewhere above 8000 and closed at 5361. But that’s not the whole story. Also, it closed at 5361, its huge wick shows us that the price also reached 3833 that week, now how is this information useful to us?

Remember we talked about how Homma was fascinated by the psychology of the market? This is what we were talking about. The fall of the price from above 8000 to 3800 (we are just rounding the numbers here) means the bears won that week (obviously) and the price dropped more than 50%.

That’s a huge piece of information right there. The bears were so strong to make the price drop to half of what it was at the week’s open. BUT, It also closed at 5350, which is a lot higher than 3800. This is the good part. This shows a strong rejection from the 3800 and the price actually came above 4000 and even 5000.

To put it simply, it shows us a huge amount of buyers at that price.

From this, we can understand that the traders could not accept bitcoin being so low as 3800 (at least for that week) so the bulls got into work and actually picked the price up.

Roughly half of that candle is the bottom wick, and that shows us exactly how strong bulls were that week, this is a bullish sign, a huge rejection from that low. Now, let’s take a look at another example.

Note: this is Gold’s weekly chart and obviously its volatility isn’t even close to bitcoin’s. So don’t expect something crazy like dropping 50% in a week on gold’s chart (that would be hilarious and devastating at the same time).

Now take a look at that candle 2 weeks before March (looks like I’m kinda obsessed about March!) the one that has 2 blue lines measuring its top wick.

The candle opened at 1320 (now I’m just rounding from the beginning) reached 1346 and closed at 1327. As you can observe its wick is huge compared to its body, it’s almost three times its body size. From that, we can find out traders didn’t accept gold at that price, above 1340. It shows that we had a lot of sellers up there.

That’s why it was rejected. And the bears pretty much took over the next week as well. I mean what can you expect? Just look at how big that wick is!

Note: to measure how big a candlestick wick is, you should compare it to its own body. In this case, it’s 3 times the body size, that’s pretty big.

How valid is the candlestick wick (shadow)?

To find out how valid the candle wick is you should look for other reasons and other pieces of information that could prove you right or wrong. For example, take a look at this image from March 2020 Bitcoin again, on this one, you can see the volume too.

It shows us the volume of the goods (in this case bitcoin) traded in that period of time. If the candle is daily, its volume shows us how much bitcoin traders have been trading that day. Now, let’s move on.

Note: volumes are those candle-like things at the bottom of the image. Their color does not matter, if their candlestick is red, the volume will be red. If the candlestick’s green, its volume will be green too.

This time there is no timeline or blue lines attached to it, but hopefully, you can find that red candle, it’s the biggest red candle with the biggest volume. Now, can you see how big that volume is?

Our theory was that the price jumped from 3800 to 5300 that week because there was a lot of traders buying. Its volume is another sign that’s proving our theory.

Now, the next week also has a huge volume which is where the second group of bulls started buying (the group that needs to be a little sure first).

Candlestick wicks are very important in reading the market’s psychology and sentimental analysis. The candlestick wick shouldn’t be your only sign to buy or sell. One other tool you can use is volume. Volume works great with candle wicks and helps to prove you right or even wrong. If you are going to be a good trader, you should be able at any minute to say “Ok. Maybe I’m wrong.”