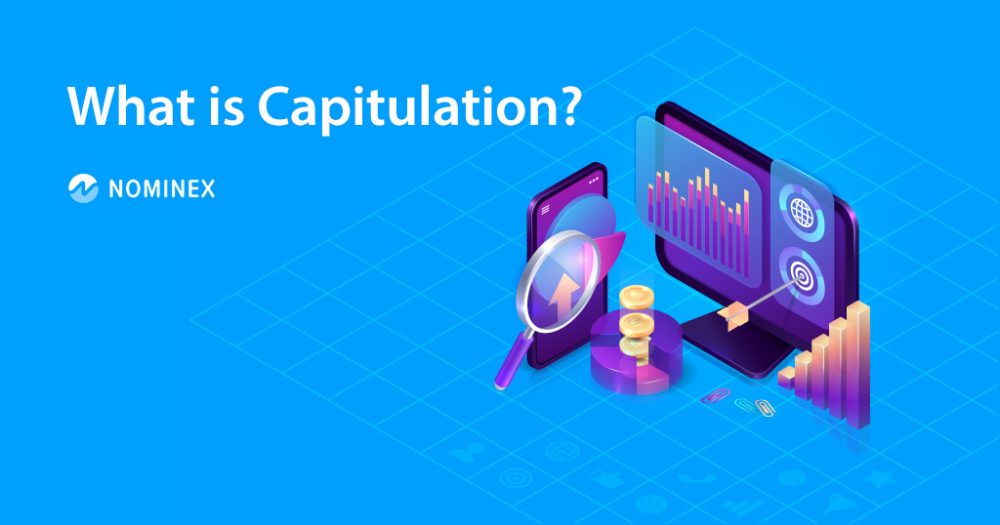 Capitulation refers to a periodic sell-off in which investors return their position and sell their shares quickly. In this case, an explosive sale occurs, and the sales amount reaches above average. As the sales trend increases in capitulation, the price of the product also decreases rapidly.

In capitulation, most investors lose hope and sell all their capital at once. In this case, they sell all their stocks so as not to make new losses. When this sales volume ends, there will be a beginning to reinvest and form a bull market.

What happened after Capitulation

The more severe the price and sales decline, the greater a more robust market formation after capitulation. In this case, due to the high level of sales pressure, most investors sell everything they have, and stocks or assets approach their zero line. However, a restart can be considered for these stocks.

The term capitulation is mainly used to refer to the surrender of a government or country. In the capital market, the term uses when investors deliver and sell all their assets. Instead of keeping assets, capitalists decide to sell all their property at the current price in one go to avoid further losses.

One of the main signs of capitulation is swift price declines. Although this situation is tough to diagnose, it is possible to determine whether we are facing capitulation by examining the statistical data on an asset. Excessive pressure to sell is the first sign of this.

The market reached the beginning of 2015 after a period of recession at the end of 2014. Investors were selling their bitcoins quickly so as not to incur further losses. On January 15, 2015, in just two days, the price of Bitcoin fell by more than 38%.

It is interesting to note that the bitcoin price floor reached $ 167 that year. Something close to 85.5% fell in the digital currency market. But as we said, right after the capitulation, we have a sharp price increase and a bull market. On the first day after reaching the lowest possible price, Bitcoin rose again by 38%.

The more volatile your capital market is, and the less confidence you have, the more likely capitulation will occur. Remember that not all capitulations end up in the bull market, and charts should never fool you as a perpetual principle.